Hackers are tireless, innovative, motivated.  They are an unfortunate reality of the software and applications industry today.  From automotive to medical to consumer products and more.

The potential for their efforts to result in real risks and failures is well documented. If your software fails, people are going to hear about it.  It will cost your company time, money, reputation, etc.  And it goes without saying that you would not want to be the individual or team responsible for any of that. Klocwork can help you mitigate those risks, cost effectively. 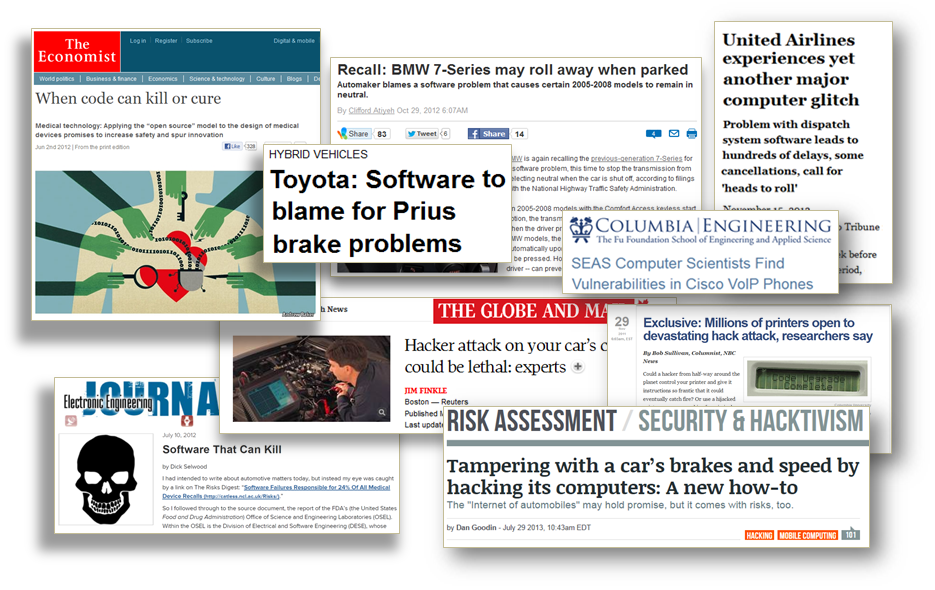 An advanced powerful Static Code Analysis Tool can detect the real security vulnerabilities at the time of development.

Software Defects can be Dangerous

Possible World war 3 : In 1980, NORAD reported that the US was under missile attack. The problem was caused by a faulty circuit, a possibility the reporting software hadn’t taken into account. In 1983, a Soviet satellite reported incoming US missiles, but the officer in charge decided to follow his gut feeling that it was a false alarm and decided to do nothing.

Medical Devices: The Therac-25 medical radiation therapy device was involved in several cases where massive overdoses of radiation were administered to patients in 1985-87 due to software defect Many patients died due to overdoses.

What is Static Code analysis

Static code analysis is a method of debugging by examining source code before a program is run. It’s done by analyzing a set of code against a set (or multiple sets) of coding rules.

Klocwork is an advanced static code analysis tool that can detect almost all the real coding vulnerabilities in the code.

It starts at the developer's desktop. It's here where code is written, tested, reviewed, and written again. Finding problems here, at the earliest possible point before the build, means less testing later on and fewer downstream impacts to cost and schedule.

Klocwork has direct plugin available for Visual Studio, Eclipse, Windriver, IntelliJIidea and Eclipse based IDEs*. Klocwork has its own IDE/GUI as well that can help developer to find and fix the possible vulnerabilities at the time of creation.

Advantages of Klocwork at desktop,

These days, we are used to having a spell-checker that works away, in the background, as we work on within our document editors. It would now seem rather alien and rather inefficient to return to having to spell-check a document on a button press, only when we were finished writing it. The same applies for code writing and SCA.

This technology is only possible thanks to Klocwork’s ability to perform partial, incremental, connected builds.